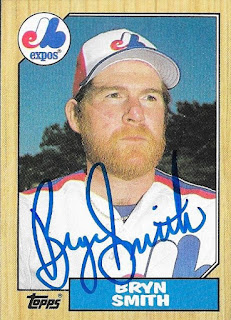 I got some nice cards signed by Bryn Smith recently.  This included a nice 1987 Topps that he signed for me. 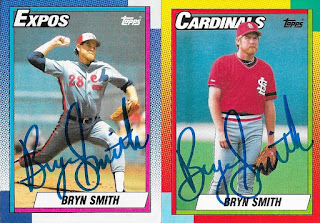 I liked these two 1990 Topps, one of which is a Topps Traded.  Both of them look really cool.  They're really color coordinated with Smith's uniforms. 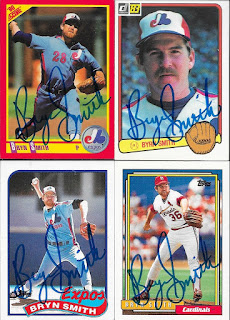