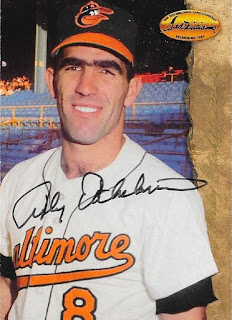 I don't know what took me so long to send to former Oriole, Andy Etchebarren, but I finally pulled a few of his cards and sent to him.  The cards came back pretty fast, and I was able to add this cool 1994 Ted Williams to the autograph binder. 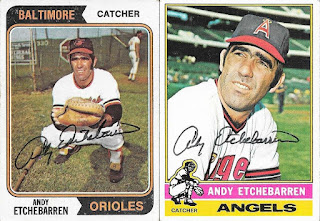 I mailed to Etchebarren on May 2 and got the cards back on May 30 for a 28-day TAT.
Posted by William Regenthal at 5:43 PM