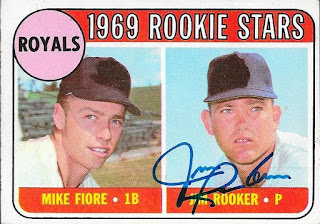 I got a few nice vintage cards with this TTM success from former pitcher, Jim Rooker.  I don't have too many 1969 Topps in my binder, so adding this rookie stars card from that set was nice.  I'll have to check and see if Mike Fiore signs. 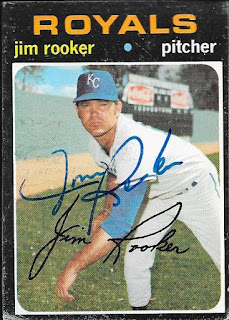 I like seeing 1971 Topps come in for some reason.  This one turned out really nice, and I like the old scoreboard in the background. 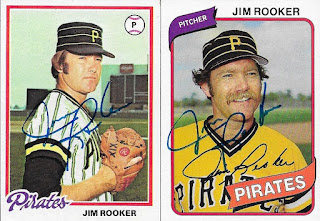