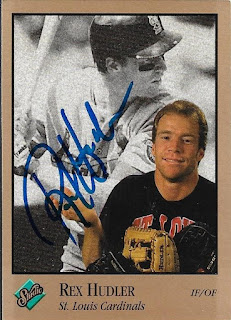 I added some nice cards with this TTM success from Rex Hudler.  This 1993 Studio was a card I was really happy to see come back signed.  Studio looks great signed. 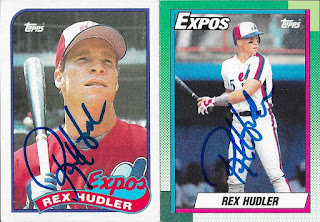 I added these two Topps cards as well.  I liked the 1990 Topps because of the green hue.  I have another green 1990 Topps coming in, and I had forgotten that I got this one as well. 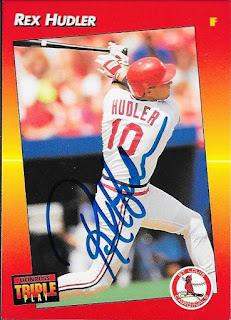 I love seeing 1992 Triple Play come back signed.  This was the first product that I ever was able to buy a wax box of, mainly because it was really cheap.  It isn't  abad product, and the colorful cards look great when they come back signed.