Weekend of Graphing the Pelicans and Wood Ducks 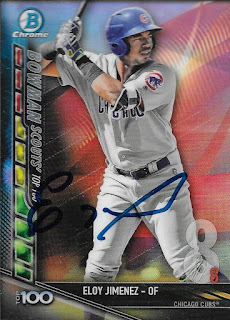 I went to three of the four games between the Down East Wood Ducks and the Myrtle Beach Pelicans this weekend, beginning on Thursday.  I had some 5/50s to take care of for Weston, Billy, Max, Dugan, Andrew and Gerard.  I also ended up with a bunch of extras, so my good friend, Brayden, will probably be seeing a care package soon, as well. 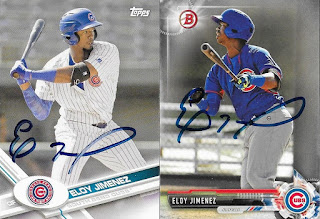 The biggest name on the Pelicans' roster is Eloy Jimenez.  He signed one per, but I was able to get him both pre and post game at all of the games.  I did really well, I think.  I also had Chris helping me on Thursday, so that worked out as well. 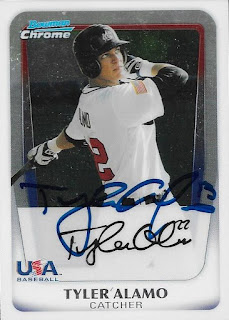 I've already pulled out all of the cards going out for the 50/50s.  Max was a big help in getting me stuff from the Pelicans that I could get signed.  They are a Cubs team, so he will be happy with the autos that he will be getting back. 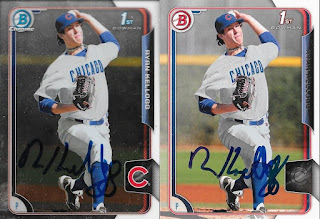 I met a father and son on Thursday who were graphing together, and they gave me a few Ryan Kelloggs, so I ended up with extras after helping Max with the 50/50. 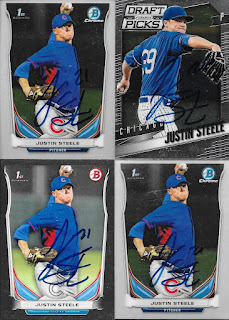 I skipped the Saturday game to go to the card show in Raleigh, which helped me replinish some of my Wood Ducks stock, and I also picked up a few Carolina League guys for future use.  I also grabbed a couple more Jimenez and Justin Steele cards while I was there. 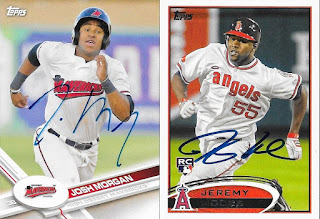 I continued to "rack" Josh Morgan and Jeremy Moore.  I didn't get a chance to get Morgan's opinion on autographing multiple cards, but seeing him sign 32 cards between two people made me feel a lot better about my pages of four. 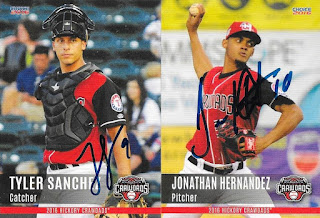 There have been some recent call ups to the Wood Ducks, so I was able to get a few more cards signed from my Crawdads set that I bought.  That reminds me, I need to look through Chris's set and make sure he has covered some of these guys as well. 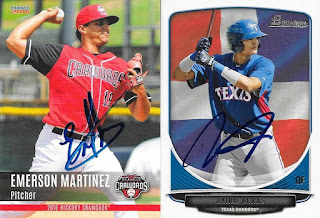 I spoke briefly with Emerson Martinez, mainly about a player (Zack Bird) who's card he didn't recognize.  It appears that there are players who are listed on the roster who aren't with the team, and this comes as a surprise to folks who actually are on the team.  It was kind of a funny, but helpful moment. 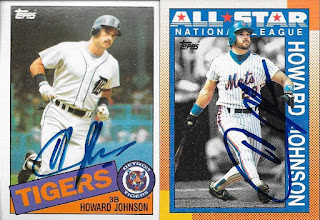 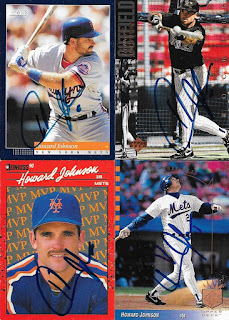 I was able to get some nice HoJo cards signed.  He is only doing two-per as of late, but that is fine with me.  Bobby Rose has been away from the team, so I am still sitting on some cards of his to get signed.  I hope I can get moving on them soon.

I gave away a bunch of my extra Josh Morgan cards to some kids who were standing there wanting autographs, so they could at least come away with something.  I traded for a 2017 Pro Debut with Colin and his dad, then they gave me a handful of blank ones that I could get Morgan to sign myself.  I was glad to get those, because Pro Debut has been tough to find.

I am now taking a few nights off from graphing, and searching boxes.  This past week has been exhausting with all of the 50/50s I have been working on.
Posted by William Regenthal at 9:13 PM