A Care Package From Gerard 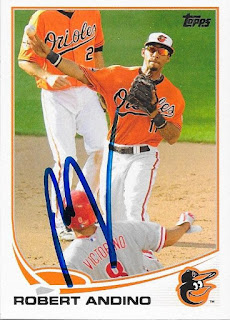 I got a care package in the mail from my good friend, Gerard a while back that included this IP auto of Robert Andino on a 2013 Topps.  I only had two or three signed 2013 Topps, so this one helped the binder.  Andino is back in the Orioles organization, but was recently popped with a ampetamine suspension.  It is really unfortunate, because I like Andino, and he was having a decent year at Norfolk. 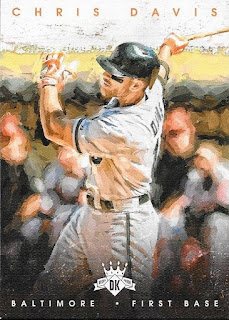 Gerard also hooked me up with this nice Chris Davis from 2016 Panini Diamond Kings.  I don't think I had this card yet, so it will be a nice addition to the PC.

Thanks so much for the care package, Gerard!
Posted by William Regenthal at 8:40 AM