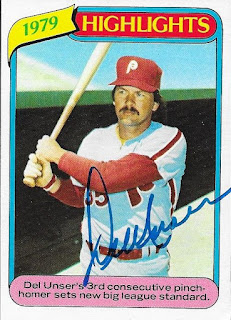 I took last night off from the blog because I went to a second Wood Ducks game in a row this week and was really tired when I got home.  I haven't gotten many TTMs in this week, so I am not falling too far behind, either, so it's ok to take a day off.  Still, I wanted to get this TTM success from Del Unser in, since I got some nice cards as a result. 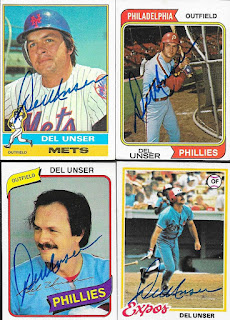 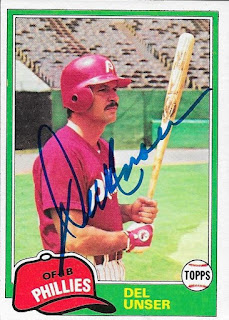