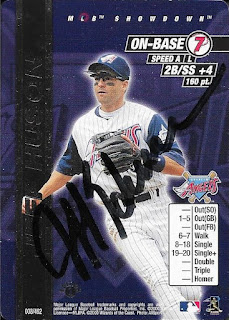 Here is another example of a player who's cards I had for a long time before I finally got around to sending to them.  I really wanted to get this 2000 MLB Showdown card signed by Jeff Huson, so I finally sent to him.  I waited long enough to have found a bunch of other good cards to send, so that made the TTM request that much better. 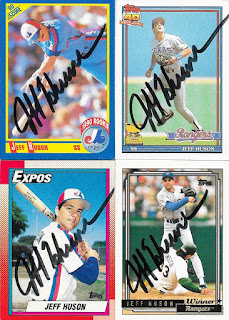 I love the 1990 Score.  It is like they switched the photo up and mismatched the border.  I also like the 1992 Topps Gold Winners card at the bottom right.  Those cards have made a comeback this year in Topps Archives.