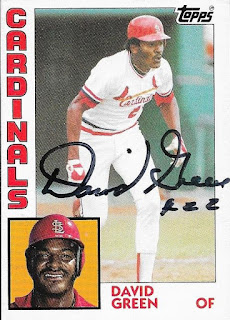 I got two nice cards back from former Cardinals outfielder, David Green with this TTM success.  I sent off three cards, actually, and all three came back.  I will put the extra card in a pile and do another giveaway sometime soon. 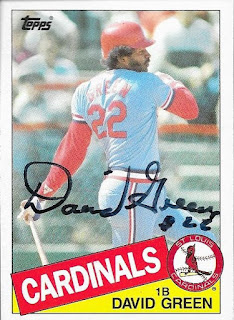 I liked the signatures on the cards; Green even inscribed his uniform number on both of them.