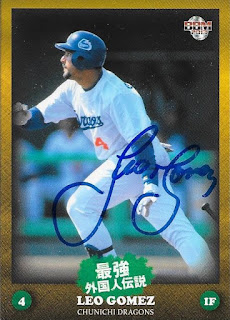 I was finally able to get another of the Japanese cards signed that Ryan gave me a while ago.  The first one, Don Buford, didn't turn out as nice as this Leo Gomez did.  Buford signed in a blue ballpoint pen that dug into the card.  Gomez, on the other hand, signed in blue Sharpie, and the difference obviously shows. 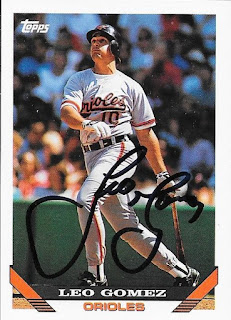 He switched pens and signed this 1993 Topps in black Sharpie.  This card turned out really nice, as well.