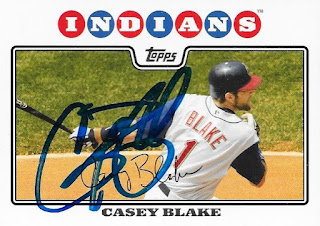 I added some more recent cards to the bunder with this success from Casey Blake.  I didn't have any trouble finding his cards, as I had quite a few to choose from.  This 2008 Topps was a nice one to add to the Topps Autograph Project.  I like that it is a horizontal card, even though there isn't much to the background of the photo. 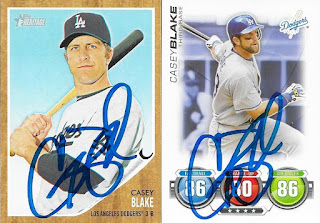 These two cards were some really cool ones to get signed.  I like the 1962 Topps design on the 2011 Heritage.  I didn't have any signed 2010 Topps Attax, so this one is pretty cool. 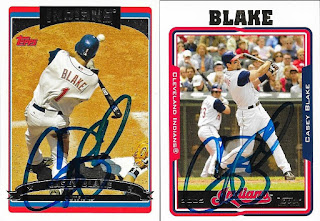 Finally, I added two Topps cards to my ledger.  These ae two sets of Topps that I have very few of, so getting these really helps.