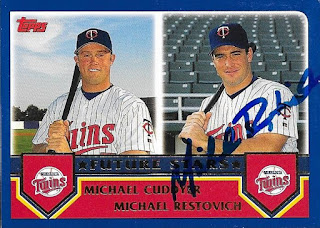 I took some cards out of my LCS boxes and added them to my autograph album; this time from Michael Restovich.  I may send the above 2003 Topps off to Michael Cuddyer at some point to get him on the card. 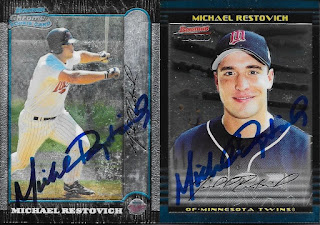 I mailed to Restovich on September 3 and got the cards back on October 20, for a 47-day TAT.

Posted by William Regenthal at 5:11 PM