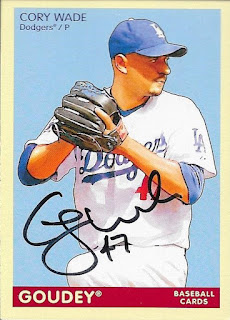 I got a couple cards signed TTM by Cory Wade that turned out pretty well.  I have a decent amount of 2009 Goudey, and it is always nice to be able to get one or two of them signed.  They look nice when signed, as does this one. 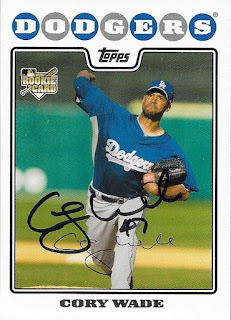 I also got this 2008 Topps Update signed by Wade.  I opened a good bit of 08 Update, so I have a good-sized stash of that, as well.

Posted by William Regenthal at 10:53 AM