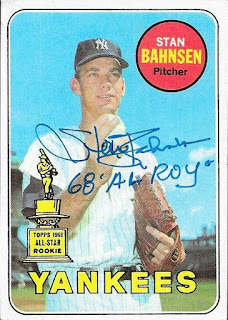 I added some nice cards to my album when I got a TTM success from former pitcher, Stan Bahnsen.  The above 1969 Topps turned out really well, especially since he added the 68 AL ROY inscription without me even asking for it. 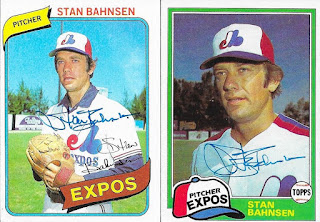 Posted by William Regenthal at 10:33 PM

Yeah, Bahnsen likes to add that inscription to all Yankees cards he signed. He even put it on the card I had him sign at a card show, which was an Expos card, but the show was in New Jersey and pretty much everyone was giving him Yankees cards to sign.