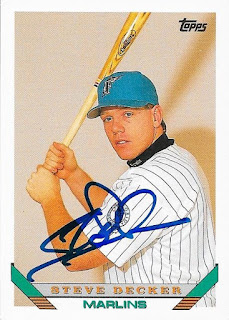 I had a few Steve Decker cards put aside because I had heard that he had been scouting Wood Ducks games.  I never did see him at the park, but I always kept some close by.  So, I took some of those cards that had been sitting around, and sent them TTM for him to sign. 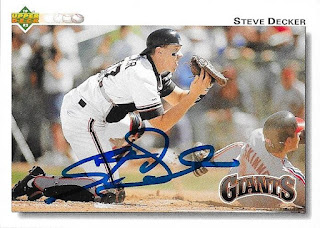 I mailed to Decker on October 7 and got the cards back on October 26, for a 19-day TAT.

Posted by William Regenthal at 6:12 PM