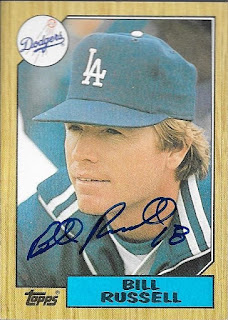 I had bought a Bill Russell signed 1987 Topps for my set at the National back in 2019 at a really good price.  A private signing came up recently, so I decided to go ahead and send one of my own Russells in and get it signed.  It came back, and looks great, so the other one will be used as trade bait later on.