Another TTM Success From Don Kessinger 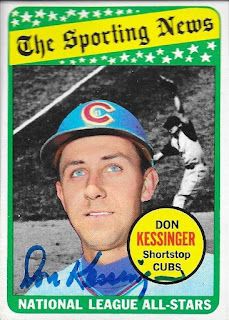 I mailed to Don Kessinger back in 2018 and got him on 4 cards.  I found a few more at a card show and sent them TTM.  The above 1969 Topps All Star looks really cool signed. 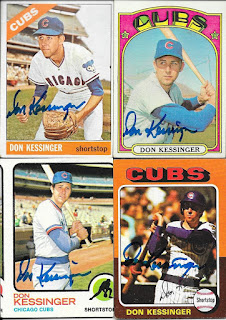 I mailed to Kessinger on October 12 and got the cards back on November 14, for a 33-day TAT.

Posted by William Regenthal at 8:41 PM