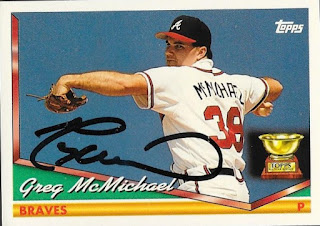 I added some nice mid-90s cards to my binder recently with this success from Greg McMichael.  I especially liked this 1994 Topps, since it had the rookie cup and was a horizontal card. 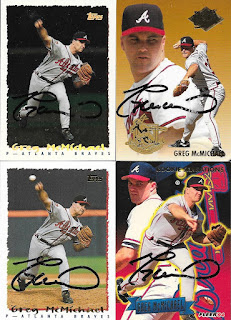 I mailed to McMichael on November 22 and got the cards back on January 29, for a 68-day TAT.
Posted by William Regenthal at 10:18 AM