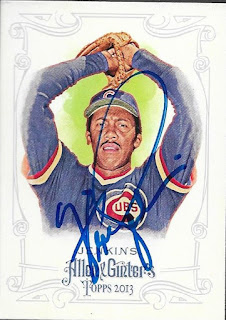 My good friend, Max, has been instrumental in helping me add autographs to my album, ever since I started it last year.  He and I have an arrangement when it comes to cards, sort of a 50/50 deal.  He gives me lists of players he plans on meeting, and I hook him up with cards.  He always sends me some back, so I don't charge him for the cards or shipping.  It is a kind of perpetual deal we have going, and I love it.  He always gets me some nice stuff, and this year from Cubs Convention, Max really hit a home run! 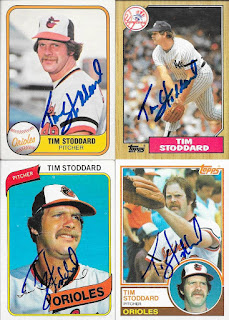 This year was a lot easier when Max sent his list.  I had already sorted all of my Topps cards by year, so I was able to figure out which boxes to look through pretty quickly, and what used to take me a few days only took me a few hours this time.  I was also able to get Max some guys for Sox Fest (White Sox) just as easily. 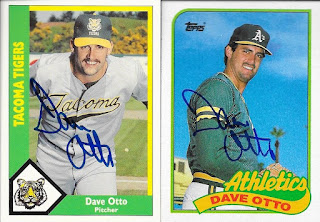 I had just gotten a box of my old cards from Mom, so I had a bunch of these Pro Cards minor league cards of Dave Otto available for Max.  I was really happy to get one of them back, since it had resided in my parents' attic for so long. 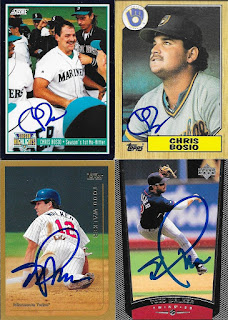 Chris Bosio is on a perpetual list of guys I send to Max whenever I find him, since he is a Cubs coach.  I can't count how many I have sent him, but I was really glad he sent me the 1994 Score No Hitter card, and a 1987 Topps.  The Todd Walkers were really nice as well, since I didn't have very many 1999 Topps in my collection.  I specifically asked Max to send me the 1999 Upper Deck, since I distinctly remember passing it over in my boxes for a long time, and now have finally been able to send it off and put it to use. 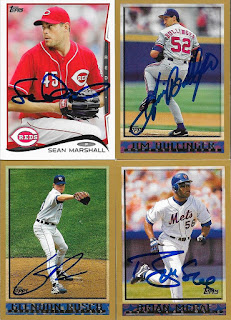 I was able to get another 2014 Topps and a few 1998s from Max. The 1998s are hard to read when scanned, to the top one is Jim Bullinger and the bottom two are Glendon Rusch and Brian McRae. 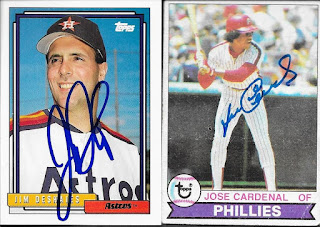 Finally, here are the last two autos, a 1992 and a 1979.  I sent Max a nice Cardenal, but he was in a Cubs jersey and part of our agreement is that Max gets to keep his choosing of guys in Cubs uniforms.  The same goes for me if the guy is in an O's uniform.

I really wish more people would be as easy to deal with as Max is.  I would be a lot more receptive to digging through my boxes if that were the case.  It helps me to make room for stuff, and gets me a few autos on the side.  I guess I can't expect everyone to be as awesome as Max is, though, because he truly is one in a million, as far as friends goes.

Thank you so much for picking these up for me at Cubs Convention, Max!
Posted by William Regenthal at 8:25 PM