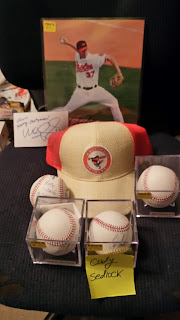 Slowly, I am catching up on posts for Christmas, at least.  I know I have said that the last few posts, but I do feel like I am on the home stretch for the Christmas stuff that I received.  One of the biggest packages I got was from my friend, Michael.  He filled up a box with autographed stuff, and a few other items. 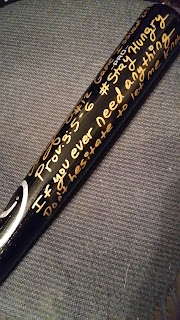 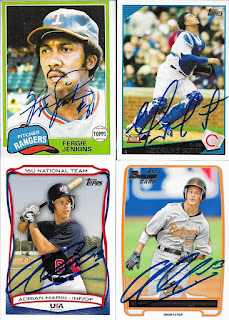 Finally, Michael sent along four signed baseball cards.  The Geovany Soto 2009 Topps is only the second 2009 Topps I have in the collection.  I have a ton of 1981 Topps, but you can never go wrong with adding a Hall of Famer.  Michael also has a relationship with Orioles prospect, Adrian Marin, so he was able to get the two bottom cards signed for me.

Thank you so much for the awesome gift(s), Michael!  You always go above and beyond, and it is definitely appreciated!
Posted by William Regenthal at 5:22 PM