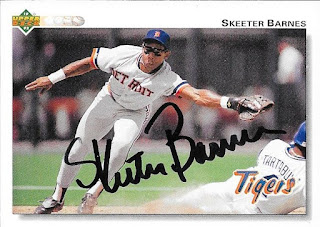 Here are some nice mid-90s cards that I was able to get signed by Skeeter Barnes.  The above 1992 Upper Deck looks great, especially since it is a horizontal card.  I also like the old Tigers jersey. 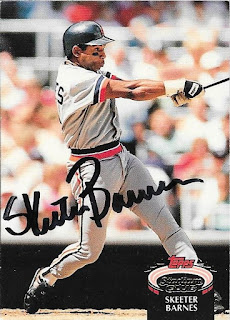 Stadium Club always looks nice when signed.  This is a 1992 Stadium Club.  I've had a few that I could have sent out, but they always got trumped by something else, most times.  I'm glad I sent this one, though, because it turned out great. 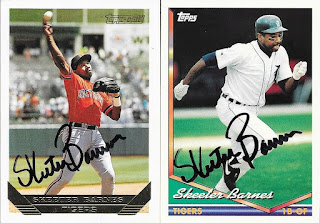 The 1993 Gold was lying around on my desk for what seemed like forever.  I'm glad I finally was able to put it to some use.

I mailed to Barnes on November 8 and got the cards back on December 1, for a 23-day TAT.
Posted by William Regenthal at 7:53 PM