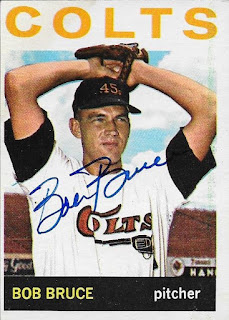 I received a TTM success recently on even more 60s cards.  This time I have a great version of 1964 with the Colt .45 jersey.  This success from Bob Bruce really turned out great. I picked up a few of these from sportlots and COMC to round out the ones I had found in my vintage box. 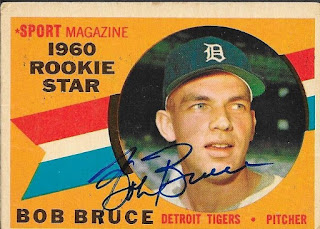 I believe this 1960 Topps RC was in my vintage box.  I have one signed by Ron Hansen, so adding another was a plus. 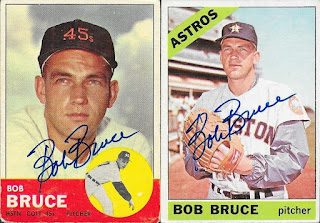 I mailed to Bruce on November 21 and got the cards back on December 1, for a 10-day TAT.
Posted by William Regenthal at 1:16 PM