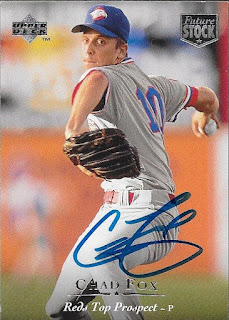 I received a TTM success from another former Winston-Salem Spirit the other day when I got two cards in from Chad Fox.  I mailed to Fox on November 15 and got the cards back on November 25, for a 10-day TAT. 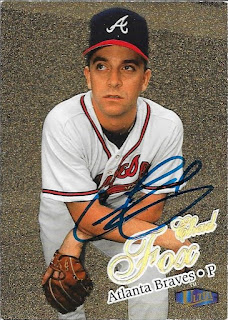 Both of the cards look great.  The top 1995 Upper Deck Minors is a really sharp card.  I also really like the above Fleer Ultra Gold Medallion cards.  I picked them up from my LCS and was very happy to be able to use them.