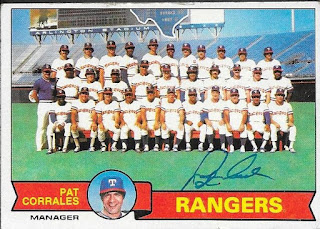 I added autographs of a former manager when these came in TTM from Pat Corrales.  I like seeing some of these old team cards get signed, so I picked it up from my LCS a few weeks ago. 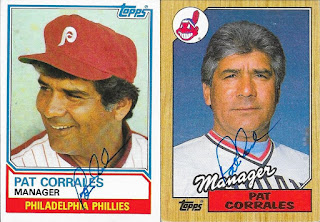 I mailed to Corrales on November 12 and got the cards back on December 1 for a 19-day TAT.
Posted by William Regenthal at 7:08 AM