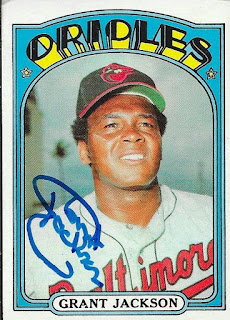 I received a TTM success on November 21 from former Oriole, Grant Jackson.  I raided my 1972 partial set for the above card, but it was well worth it. 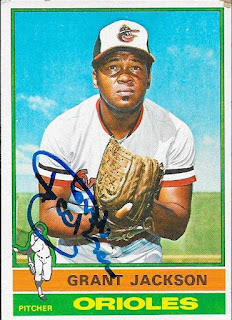 Everything else I sent for Jackson was out of boxes from my trip to the Columbia antique shop back in April.  I was happy to be able to add so many nice cards from Jackson's career. 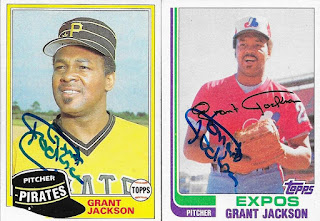 I mailed to him on November 14 and got the cards back on November 21, for a 7-day TAT.
Posted by William Regenthal at 1:20 AM