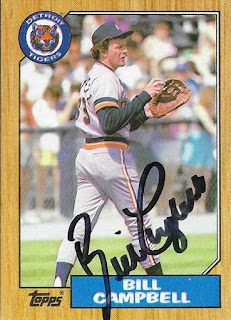 I had a nice assortment of cards come in signed TTM from former pitcher, Bill Campbell.  I had to add his 1987 Topps (above) to the album, and ended up choosing several other Topps issues to send out. 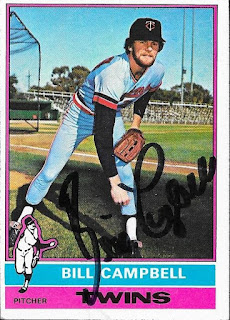 I liked this 1976 Topps, and it came out really well.  This looks like a Spring Training shot, based on the size of the bleachers in the background.  Those look like they could be palm trees in the background as well. 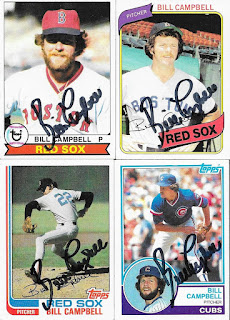 I mailed to Campbell on September 20 and got the cards back on September 28, for an 8-day TAT.
Posted by William Regenthal at 6:48 PM