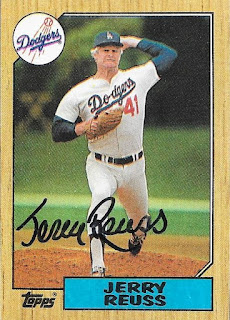 Here is another TTM success from a player who charged fees that I finally got around to mailing to recently.  This one was nice, because I added yet another 1987 Topps to my autograph collection.  I love this card because Jerry Reuss looks like Gary Busey in this card.  I think so, at least. 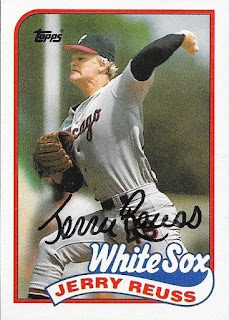 I also liked this 1989 Topps because I remember this card from my very early days of collecting.  I will always have a special place in my heart for 1989 Topps, and would have pursued that set of signed cards, but my huge lot of 1987 Topps trumped that.