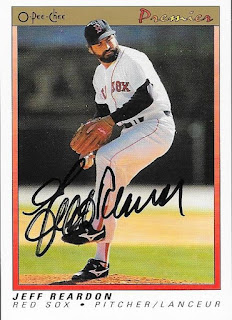 I have gotten some nice TTM returns lately from guys who played quite a while in MLB.  This success from Jeff Reardon was one of them.  I had a ton of cards to choose from of him, and narrowed it down to 6 cards.

This 1991 O Pee Chee turned out really nice, and I don't believe I have any in my autograph albums.  I think this came out of a repack box that I got recently, so it may have been a late addition to my "to be TTMed" box. 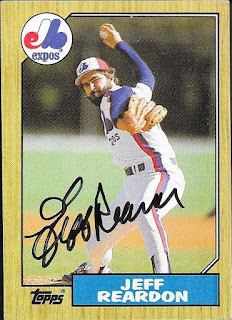 Of course I had to add a 1987 Topps to the binder.  I'm pushing closer to 100 signed cards from that set, which is pretty nice.  It means I was able to get at least 100 cards out of my bulk box! 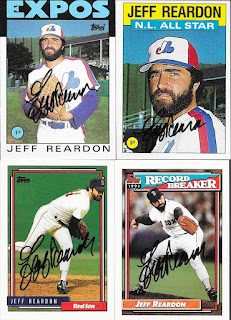 I mailed to Reardon on August 29 and got the cards back on September 29, for a 31-day TAT.
Posted by William Regenthal at 6:26 PM