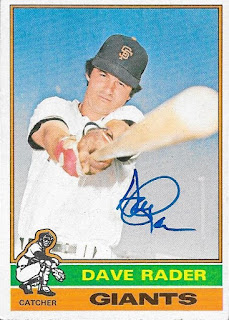 Here are some cards from the 1970s that turned out really nice, in this success from Dave Rader.  The above 1976 Topps is a really cool card, with him showing off the bat. 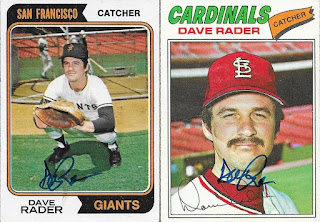 I liked the 1977 Topps on the right, since it is an obvious airbrush card.  Some of those are historically bad, but this one it pretty decent.  The 1974 Topps on the left turned out really nice, as well.

I mailed to Rader on September 2 and got the cards back on October 10, for a 38-day TAT.
Posted by William Regenthal at 8:12 PM