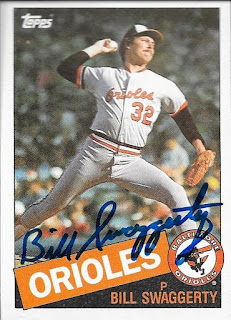 It's always nice getting in a TTM success from a former Oriole.  This success from Bill Swaggerty was really cool, especially because had I kept the cards with me, I could have gotten them signed while I was in Baltimore.  Oops.  Could have saved two stamps! 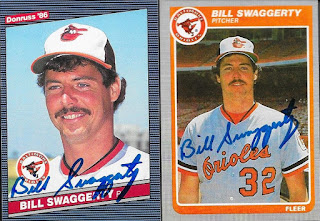 I mailed to Swaggerty on September 14 and got the cards back on September 23, for a 9-day TAT.
Posted by William Regenthal at 6:04 PM