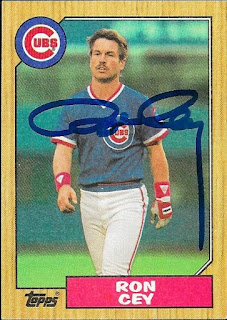 I sat on my Ron Cey cards for a long time, mainly because I thought I had seen that he charged a fee.  I looked again recently and saw that he would sign up to 2 cards for free, so I went ahead and sent off the two 1987 Topps cards that he is on. 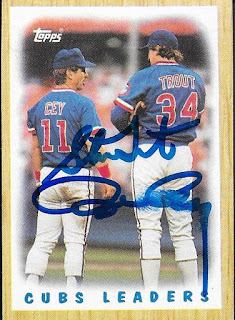 I was disappointed when this one came back smudged, since I had already gotten it signed in person by Steve Trout at the National.  I'm going to keep it as is, though, and not try to replace it.