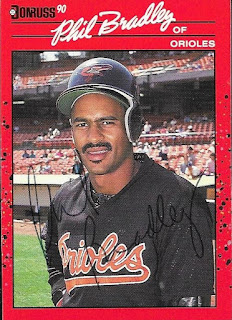 I added another former Oriole to my autograph collection with this TTM success from Phil Bradley.  He had a bunch of cards to choose from, so I wanted to make sure that I had several Orioles cards represented.  This 1990 Donruss turned out really nice, even though Bradley used a ballpoint pen.  The signature really shows up in the scan.  I was worried that it wouldn't show up. 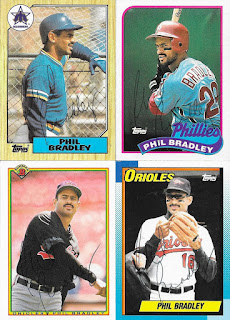 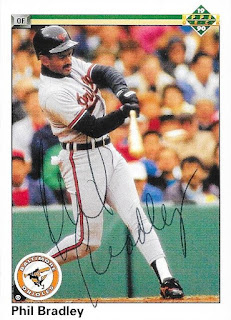 One card manufacturer that seems to always be passed over for me is Upper Deck.  Their early 90s stuff especially just doesn't pop for me.  That being said, I wanted to send off this 1990 Upper Deck mainly because it came out of a team set of Orioles cards that I picked up way back in 1990.  The clamshell hanger case that the set originally came in has long since deteriorated, so the cards just reside in my Orioles box.  I wanted to make sure that one of them found it's way into my autograph album, and now one has!

I mailed to Bradley on September 26 and got the cards back on October 13, for a 17-day TAT.
Posted by William Regenthal at 5:41 PM