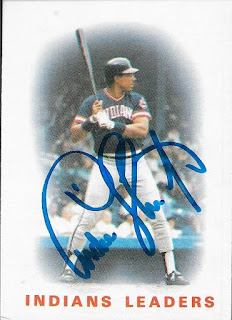 This was a nice TTM return from Andre Thornton on some cool 1980s cards.  The above 1986 Topps Indians leaders card really turned out well.  I like these cards, and they look really nice when signed.  Thornton has a really interesting signature, and it really pops on this card. 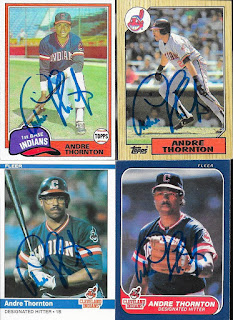 I mailed to Thornton on September 16 and got the cards back on October 16, for a 30-day TAT.
Posted by William Regenthal at 5:36 PM