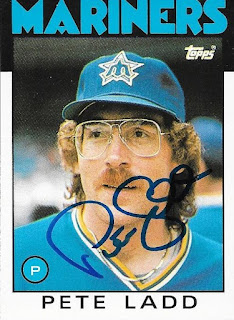 This was a really nice TTM success, and one where I really couldn't decide on which cards to send.  I wanted to make sure I sent this 1986 Topps Traded, because one of the things I tend to look for in a card to send is hairstyles of the times.  That and awesome poses, or amazing uniforms.  Since Pete Ladd looked a lot like Weird Al in this shot, I had to send this one off. 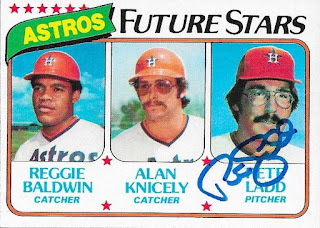 Conrad from the Columbia antique shop gave me a partial set of 1980 Topps, so I have been reluctant to drop any of those cards off of the requests.  I'm not the biggest fan of having players sign cards with other folks on them; mainly because I don't want to lose one that has already been signed, and I don't want OCD to take over when there is only one signature on the card.  Still, I wanted one of Conrad's cards to go on the journey. 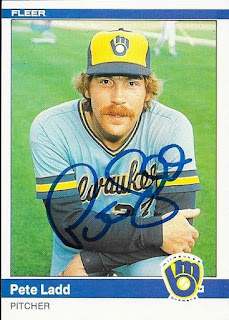 Again, here is a cool hairstyle and uniform on this 1984 Fleer.  I also wanted to make sure I used one of the cards from my FLeer box, especially since I don't have a whole lot of mid-80s Fleer anyway. 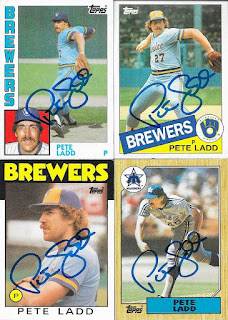