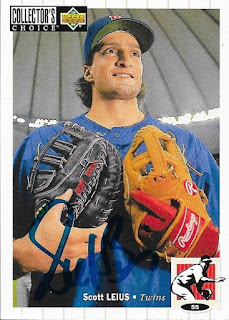 I had a bunch of Scott Leius cards to choose from for this TTM success, and I'm happy with my selections that I sent out.  The above 1994 Collector's Choice turned out really well.  I like the Metrodome cameo in the background. 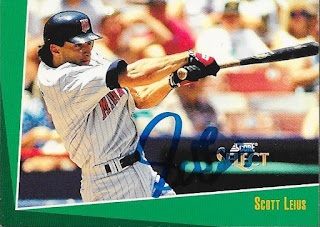 This 1993 Select also turned out really well.  I love horizontal cards, and this one looks good. 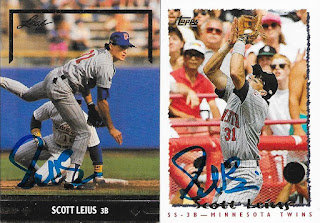 I mailed to Leius on September 11 and got the cards back on September 23, for a 12-day TAT.
Posted by William Regenthal at 5:34 PM