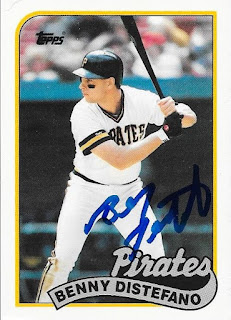 This was a nice TTM success showing off some late 80s cards from Benny DiStefano.  I was able to add a nice 1989 Topps Traded.  The Topps Traded cards are a different material than base Topps cards.  They really look nice when signed. 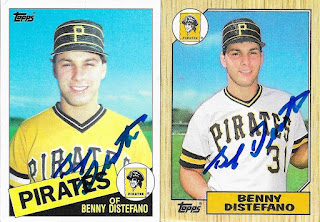 I mailed to DiStefano on October 4 and got the cards back on October 20, for a 16-day TAT.
Posted by William Regenthal at 6:06 PM