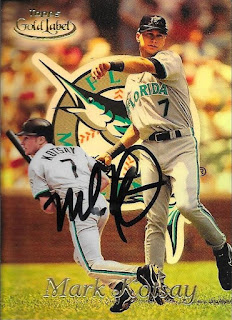 Amidst all of the TTM returns I have gotten lately from players with cards from the 70s and 80s was this return from Mark Kotsay.  I had some nice early-to-mid 2000s cards of Kotsay, and it was a nice change to get those in.

The above 1999 Topps Gold Label really looks great, and scanned really well.  I found this at my LCS in one of the boxes in the back of the shop. 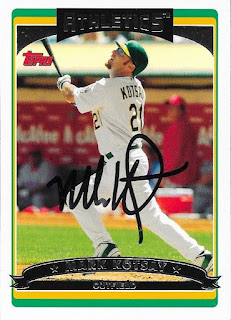 I added a few Topps cards that were needed in the album, like the above 2006 Topps.  This was a nice set, which I had a bunch of cards, but sold off all of my extras a long time ago. 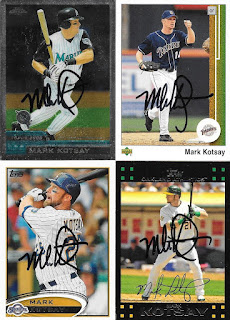 I mailed to Kotsay via the Oakland A's on May 8 and got the cards back on September 29, for a 144-day TAT.
Posted by William Regenthal at 6:23 PM