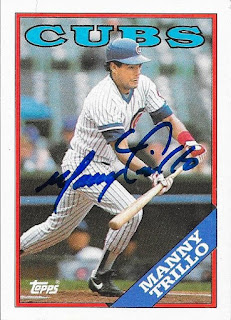 Here are some more 80s cards in this TTM success from Manny Trillo.  Trillo has a great signature and it really shows up well on the above 1988 Topps. 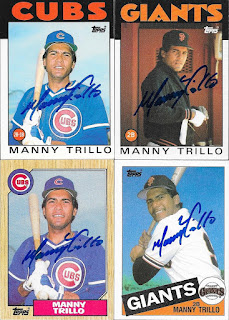 Trillo was the 1980 NLCS MVP and helped the Phillies win the 1980 World Series.

I mailed to Trillo on February 6 and got the cards back on October 20, for a 256-day TAT.
Posted by William Regenthal at 3:52 PM