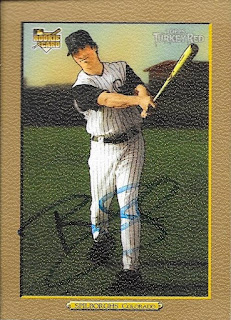 I had this 2006 Topps Turkey Red Gold on my COMC account for a while, but it never sold.  When I found out that Ryan Spilborghs signed TTM, I pulled it off of there and sent it off.  The card came back, and looks great. 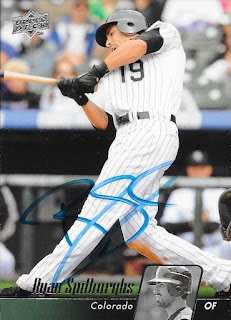 I also had this 2010 Upper Deck, and it turned out ok.  The marker kind of faded, but otherwise, it looks nice.

Posted by William Regenthal at 6:08 PM