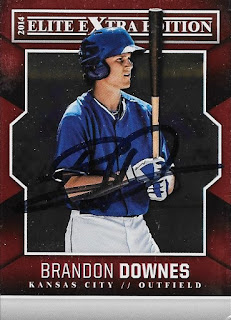 I had these Brandon Downes cards in my box of shame, since I missed him back when he was with the Wilmington Blue Rocks.  I found an address and sent to him.  The cards came back pretty quickly, which was nice. 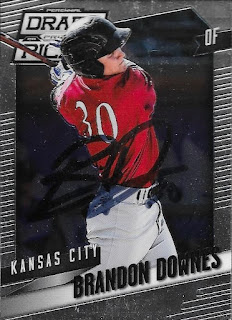 I like getting cards out of the box of shame, since they had already been found and sorted.  I hate putting those back in the bog boxes; the goal this whole time is to condense boxes down (and make room for more), and whenever I have to put cards back in, it gets annoying.

I mailed to Downes on October 27 and got the cards back on December 1, for a 35-day TAT.

Posted by William Regenthal at 6:53 PM