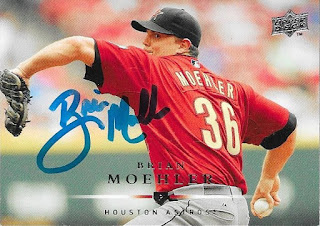 I found a few Brian Moehler cards in my boxes that I dropped in the mail to get signed TTM.  They came back, and all look great.  The above 2008 Upper Deck looks really nice.  It is a very sharp set that definitely focuses on the photo. 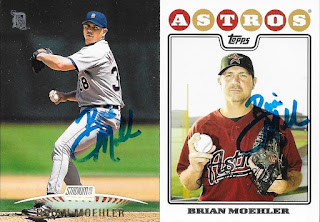 I mailed to Moehler on November 16 and got the cards back on November 23, for a 7-day TAT.

Posted by William Regenthal at 9:47 PM