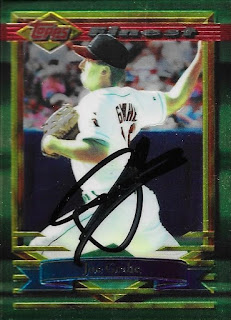 I waited a long time to send to Joe Grahe because I saw his TAT (turn around time) was pretty slow, but I finally did send to him.  I sent the maximum of cards that I would send to someone (seven cards) and waited quite a while for them to come back.  They finally did, and I was really happy with the results.
The 1994 Topps Finest above didn't scan all that great, but it looks really awesome in person.  Those early chrome cards are all really nice, and I would like to get some more different ones in my album. 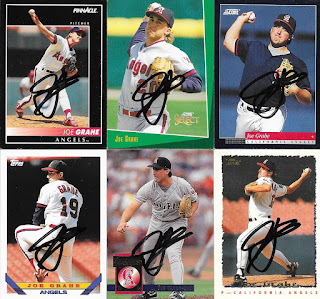 Posted by William Regenthal at 12:34 AM