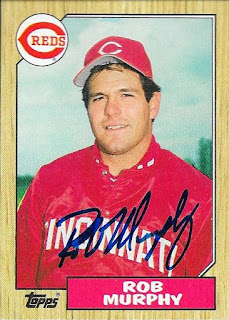 It feels like it has been a while since I have gotten a card back for my 1987 set.  This Rob Murphy came back from a private signing and looks pretty nice.

Posted by William Regenthal at 9:51 PM