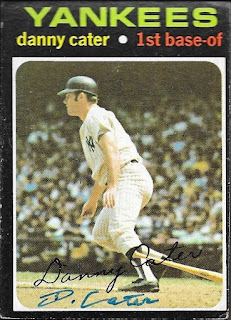 I got a couple of cards out of my TTM box that were put aside for players who signed for fees.  That row doesn't get tapped into too often, but I wanted to move a few of them out.  So, I picked out the Danny Cater cards and sent them along. 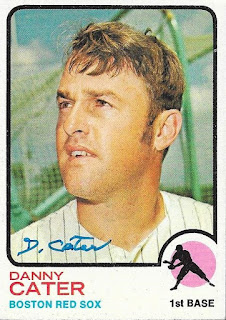 I got Cater to add his tiny signature to my 1971 and 1973 Topps.  They look really nice, but man he has a small signature.