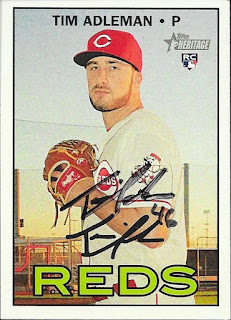 I got a couple cards signed by Tim Alleman that had been in my box for quite a while. I've been doing a good job getting stuff sent out that has just been hanging around. I guess that's one benefit of not being able to go to games. Alleman signed a 2016 Topps Heritage and a 2016 Topps Update. 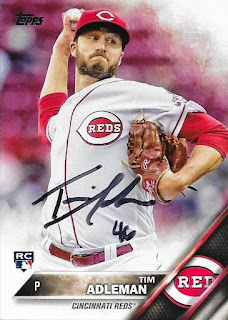 I mailed to Alleman on November 19 and got the cards back on December 3, for a 14-day TAT.

Posted by William Regenthal at 11:55 PM