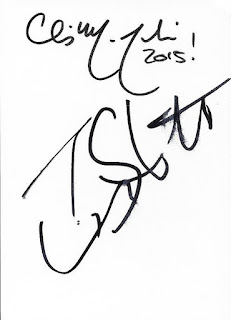 I added another non-sports autograph to my collection when I received this TTM success from actor, Tom Skerritt.  He signed the back of my Alien art card that had already been signed by the artist, Chris McJunkin. 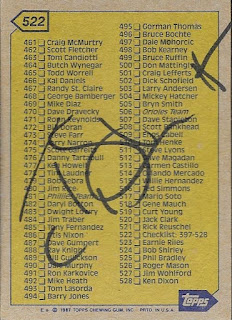 I also threw in a 1987 Topps checklist, and Skerritt signed the back of that, as well.

Skerritt (b. 1933) has acted in movies and TV shows since 1962.  His notable works include: Alien, M.A.S.H. (movie), A River Runs Through It, Steel Magnolias, Top Gun, The Dead Zone, Cheech and Chong's Up In Smoke, and the TV series, Picket Fences (for which, he won an Emmy Award).

I mailed to Skerritt on November 9 and got the cards back on December 8, for a 29-day TAT.

Posted by William Regenthal at 7:46 PM