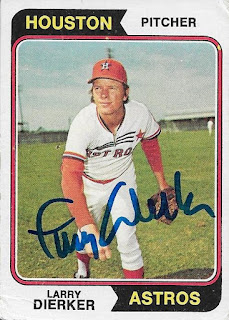 I got a couple nice vintage cards signed when I got this TTM success back from Larry Dierker.  I like the old Astros jersey on the above 1974 Topps.  I believe this card came out of a box that I got from my buddy, Max, a while back. 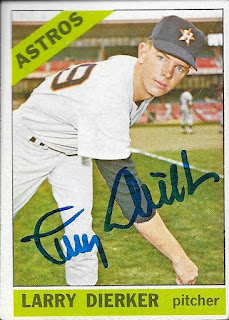 This 1966 Topps also turned out well.

Posted by William Regenthal at 5:30 PM