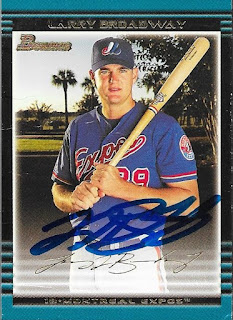 I got a couple 2002 Bowmans out of one of the bulk boxes I got from my former LCS and had them signed TTM by Larry Broadway.  2002 Bowman was a nice set; I like the stripes.  They also look really nice when signed. 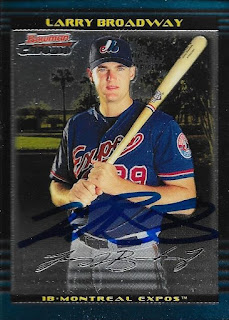 I mailed to Broadway on November 16 and got the cards back on December 5, for a 21-day TAT.