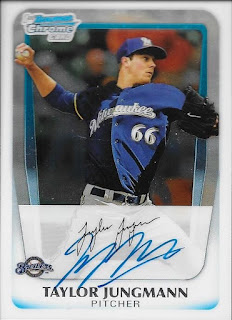 I got a few nice cards back signed from Taylor Jungmann.  The above 2011 Bowman Chrome turned out really well. 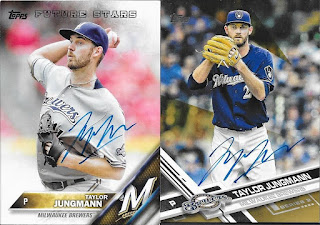 Jungmann also signed a 2016 Topps and a 2017 Topps gold.  Those also turned out really well.

I mailed to Jungmann on November 16 and got the cards back on November 27, for an 11-day TAT.

Posted by William Regenthal at 1:33 PM