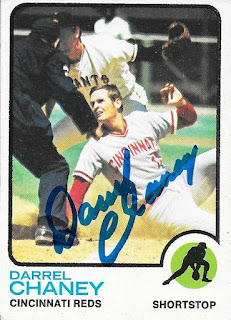 Another 1973 Topps was added to my autograph album, this time coming from Darrel Chaney.  I liked the action shot on this card, so it was an easy choice to send to him. 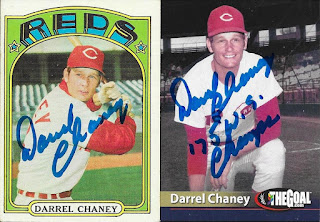 I also sent a 1972 Topps, which turned out great, and Chaney included a signed card of his own, complete with a '75 WS Champs inscription.

Posted by William Regenthal at 10:05 PM